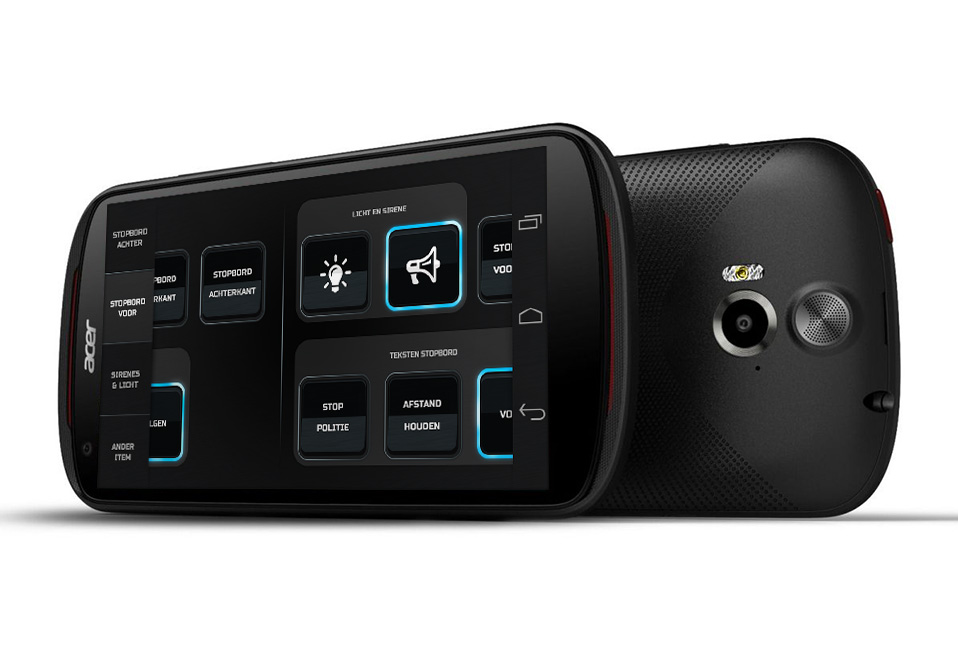 A control head which is based on the Android system. This cell-phone has been converted into a touch-screen control head that allows full user-programming of all required functions. All regular cell-phone functions have been deactivated and can no longer be used to extend battery life to up to one month!

Three groups of up to 63 programmable touch buttons, which can be used for example for selecting text messages on flip up message boards, and one group of 14 autonomous buttons (also programmable).

The interface box has 14 outputs and 2 inputs (optional extention possible).

The user can program the buttons either with text, or symbols. A large number of symbols to choose from is provided by the system.